Having grown up in Canada’s largest wine region, and spent a fair amount of time living in its second largest; I’ve always been surrounded by it. However, the culture that revolves around wine is never something I’ve found terribly interesting. The pomp of the industry, and the intrinsic status of being “in it” that has been carefully fermented, bottled and sold has always sort of turned me off. 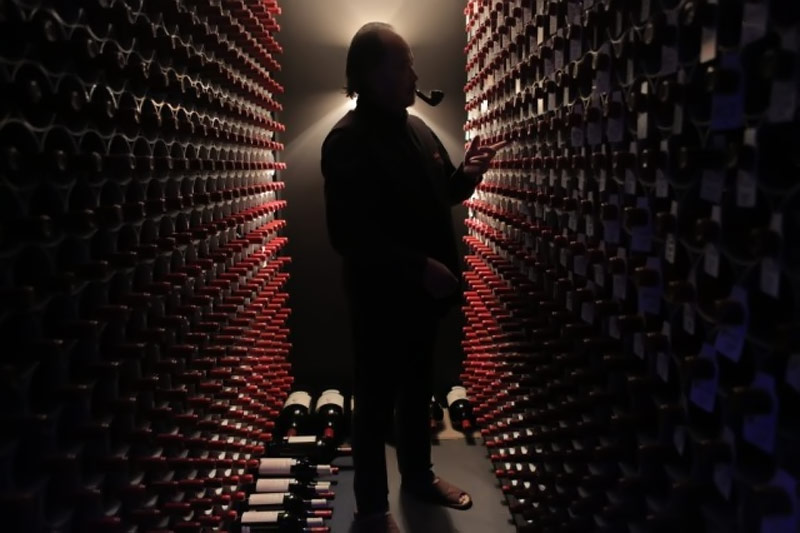 Don’t get me wrong. I love wine, and drink an embarrassing amount of it. I suppose it’s a bit like modern art in my mind — or any thing where you can purchase involvement. When it’s obviously good but under (or averagely) appreciated I enjoy it; but that joy is conversely affected by the price tag and hype attached to it. And so it was with a bit of excitement and apprehension that I recently watched “Red Obsession”, an Australian documentary about the growing global wine fever, specifically as it relates to Bordeaux wines and China.

The film is beautifully shot, with several Burtynsky-esque pans of vineyards and wineries and a whole whack of stunning imagery from Bordeaux’s picturesque countryside. The format is simple, taking us quickly through the history and “magic” of wine in the region and how it has become the gold-star standard of wine in the world. Narrator Russell Crowe — along with the help of interviews with wine makers, importers and professional drinkers tasters — explains how the back to back 2009/10 “vintages of the century” brought wine prices to astronomical heights. 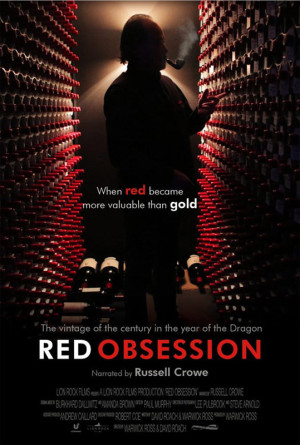 This price increase scared away a good deal of the large American market, making room for the superpower-in-waiting, China. The film interviews several Mainland and Hong Kong Chinese wine collectors, who seem to have a great deal of money and are more than happy to brag about it on camera. “Often, if there is a wine that I must have in an auction, I will raise my hand and keep it up — even while other people are bidding — until the auctioneer tells me the wine is mine,” explained Shenzhen’s billionaire sex-toy manufacturer Peter Tseng. Tseng, who is featured on the documentary’s poster, is said to have one of the finest wine collections in the world — allegedly valued at $60m USD.

Moments later, Kelly Cheng, who was recently convicted of 11 counts of fraud, says, “I like to attend the auctions, I like the bidding, I like the excitement. I just want to own it. Whether I would drink it or not, I don’t know. But it’s something I really want and I have to get it. When I’m bidding so aggresively, I don’t see anybody around me, all I know is the auctioneer and myself. No matter what, this is what I want, I want to bring it home.” She goes on to explain how at one auction she grew impatient with the bidding and immediately doubled the going bid, paying 1.5m on a bottle of wine.

The filmmakers (Warwick Ross and David Roach) do a good job of illustrating how wine has become a commodity — the film’s tagline spells it out clearly, “When red became more valuable than gold.” The statement could be applied globally, but the China-themed tone is clear.

“Red Obsession” also digs into how China is changing from just consumer to also producer. The film takes the viewer to Château Changyu-Castel’s 135 hectares of vineyards in Yantai, Shandong; and then out to the harsh-looking lands of Ningxia where local government and state-run enterprises are banking on the area becoming a major global wine producer — which is an entirely well-founded belief considering the area has produced some award-winning wine.

While wine is not new to China (Changyu has a 120-year history), you definitely get the sense that a drink that comes in the country’s two primary colours is poised to sweep the population in a big way — “Red Obsession” has done well capturing what is sure to be considered a seminal period of wine in China. It also delivers, as all good documentaries should, a sneak beneath the cork of an affluent industry that most of us generally just get the scraps of.

As a whole, it is an excellent documentary, and has made me eager to do a few wine tours and tastings the next time I’m back home.