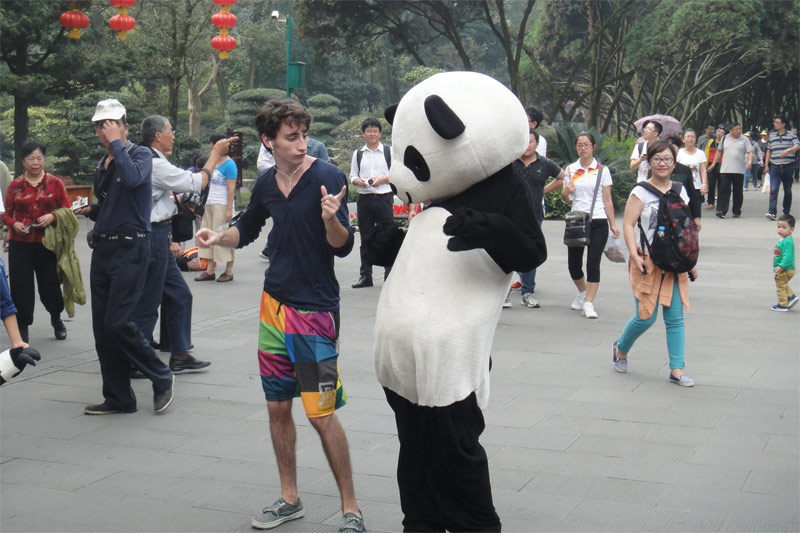 I danced and filmed all over, including: Beijing, Chengdu, Xi’An, Lhasa (Tibet), Yangshuo, Zhangjiajie, Shanghai, Feng Huang, and Hong Kong. In some locations I had 100+ people gathered around my camera taking pictures and videos on their phones.

The video is somewhat reminiscent of Matt Harding, who pretty much remains the be-all/end-all dance-around-the-world guy. That said, in just a week and a half since Gaba’s video was posted it has received 155K views on Youtube, and more than double that on Youku. Watch for the cow on cow action at 1:55. 😉