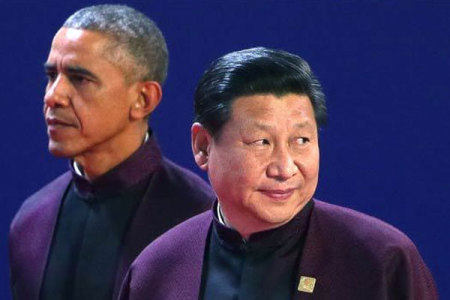 On November 10, during the 2014 Asia-Pacific Economic Cooperation (APEC) summit in Beijing, President Barack Obama announced that the US and China have agreed to a new, reciprocal 10-year visa policy for tourist and business visas.

While the new visa system is expected to increase the number of Chinese travelling to the US, with America hopeful it can capture more than its current 2% of the 100 million Chinese travelling abroad annually, changes for Americans coming to China may be limited, as immigration attorney Gary Chodorow explains at his blog: “The U.S. government will put the policy into effect immediately. But Americans hoping for those long-term visas shouldn’t hold their breath. China hasn’t even fully implemented its prior 2005 agreement to increase visa validity to 1 year.”

What the new agreement means for U.S. citizens applying for Chinese citizens is harder to predict:

The Foreign Ministry says the new agreement will be effective “soon.”

Update – 2014-11-13
The Shanghaiist has reported that “23-year-old Edmund Downie became the first American citizen to get his hands on a 10-year visa with multiple entries at a Chinese Embassy in the US.”