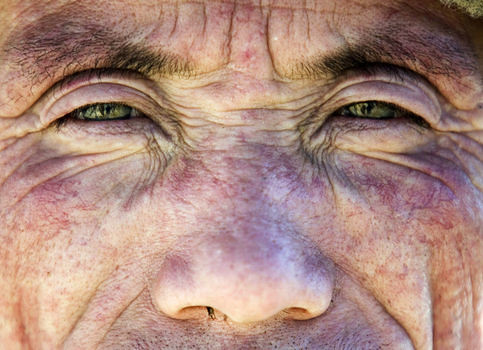 So the story goes that around 2000 years ago approximately 10,000 Romans, prisoners of Parthia after a failed campaign by Marcus Licinius Crassus (played in this blog post by Lord Laurence Olivier), were put to work guarding the Parthian Empire’s eastern borders in exchange for not being put into slavery or executed.

Members of the “Lost Legion” are then theorized to have worked as mercenaries for the Kingdom of Kangju (modern north-central Asia). The Kangju lent out the mercenaries to a Xiongnu chief named Zhizhi who was having troubles with the rather powerful and expanding Han Dynasty China. Accounts from Han historians mention a small group of men fighting to defend a local Xiongnu fortress in a “fish-scale” formation.

The legend (or hypothesis, if you’re historian Homer H. Dubs — who pioneered the theory in the ’50s) states that the Romans along with other defeated Xiongnu prisoners were granted land by the Chinese, which became the now defunct city of Liqian (modern day Zhelaizhai, Gansu) on the fringes of the Gobi.

The mystery has swirled around for decades, and may well go back much much further as some locals of the area have the very un-Chinese characteristics of light hair and blue/green eyes. Dubs theory was largely put to bed in 2007 when tests concluded it just wasn’t possible. However, new testing seems to suggest that up to 56% of some villagers’ DNA are Caucasian in origin, lighting new interest in the “Lost Legion” connection.

From The Telegraph (Nov 23, 2010): Many of the villagers have blue or green eyes, long noses and even fair hair, prompting speculation that they have European blood.

A local man, Cai Junnian, is nicknamed by his friends and relatives Cai Luoma, or Cai the Roman, and is one of many villagers convinced that he is descended from the lost legion.

Archeologists plan to conduct digs in the region, along the ancient Silk Route, to search for remains of forts or other structures built by the fabled army.

“We hope to prove the legend by digging and discovering more evidence of China’s early contacts with the Roman Empire,” Yuan Honggeng, the head of a newly-established Italian Studies Centre at Lanzhou University in Gansu province, told the China Daily newspaper.

If there’s any truth to the legend, it’s extremely unlikely that any Roman money would be found — as it’s doubtful that any of the Kingdoms they passed through as slaves and mercenaries would have left much in their pockets, never mind the initial capturing of them by the Parthians and then also the Han Chinese. Generally I think the rule was if you left with your life, you didn’t leave with your wallet.

Will be neat to see what develops. Might be found that Marco Polo’s got nothing on these guys, that is if he even went to China at all