It was a year ago today that British-born Suzhou expat Neil Mason died under mysterious circumstances while on a business retreat. Murder is not suspected, but a year of frustratingly few answers now has Mason’s widow speaking out about the tragedy.

Natasha Phillips-Mason, a 38-year-old Australian who moved to Suzhou in 2006, met Mason while he was working as an engineer for power tool manufacturing giant Apex Tool Group (ATG).

The day of his death, the 51-year-old Mason was the lone foreigner at an over-night management retreat with his Chinese co-workers. Phillips-Mason told the Daily Telegraph that her husband hated having to go to the annual event, recounting how she had received an e-mail from him, his last communication with her, in which he contemplated breaking his contract and leaving China for Australia. 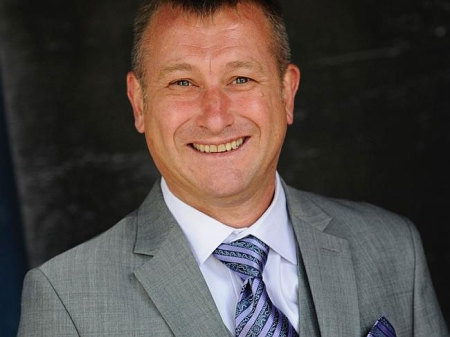 The next day, a frantic visit from an “old Chinese man” led a confused Phillips-Mason to a police station near where the event was held. “I thought, whatever is going on, this is going to be one hell of a good story to tell our mates back home,” she said. From the police station she was driven to an outdoor morgue in a remote village, where her husband’s body was removed from one of the refrigeration units and presented to her.

She told the Daily Telegraph, “I screamed. I could barely stand. He was wrapped in clear plastic and tied with ropes.”

“At that moment, I thought he had died in his sleep,” she said. “I thought, he’s had an allergic or toxic reaction and died overnight.”

However, CCTV footage obtained by police and viewed by both embassy officials and Mrs Phillips-Mason taken from the hotel where the group had been staying showed workers dragging her husband’s unresponsive body through the lobby and into his room.

The ambulance was called at around 7am the next day, 10 hours after the CCTV footage was taken.

Only a partial autopsy could be performed, with Mrs Phillips-Mason fighting for almost three weeks to have her husband’s body returned to the UK. An open verdict was delivered.

Mrs Phillips-Mason does not believe her husband was murdered, but that his death was the result of workers “panicking” and denying him treatment for fear of repercussions.

In an effort to hold the company accountable for the death of her husband as well as “get closure from this nightmare”, Phillips-Mason has taken legal action against ATG, but explained she is running out of money to pursue it.

When the Daily Telegraph reached an ATG spokesperson for comment, she explained that the company had paid Phillips-Mason what they felt they owed her, and that there was no evidence that the company was responsible for Mason’s death. She stated, “After a thorough examination by the Chinese medical authorities, there is no evidence that [subsidiary company] Jacobs Chuck was in any way responsible for Mr Mason’s death.”