From Manchus to Mo Yan, week after week Kaiser Kuo and Jeremy Goldkorn gather together some of the most well-informed journalists, writers and academics to talk about everything ‘China’. To kick off our new section highlighting Things Done Well, Lost Laowai talks to the hosts of our favourite China podcast, Sinica.

The Sinica Podcast just celebrated its 3rd anniversary in April. Can you take us back and explain how it came into being?

Kaiser: It started with a casual conversation between Jeremy and me in the spring of 2010 about how there weren’t many good China-related podcasts. I can’t find the time to blog regularly, but at the same time, I felt a need to participate in the conversation about China, and a podcast seemed like a good way to go about it.

Only a couple of weeks elapsed between the moment we said, “You know, we should just do a podcast on China” and the recording of the first podcast. We already had the name: Jeremy and I had worked together years and years ago on an embarrassingly abortive project called Sinica, and though we’d allowed the domain name to lapse, at least we still had the logo! The idea was pretty simple: We were going to invite on reporters, academics, writers, subject-area experts and other China-watching types to chat about the issues of the day. I shamelessly borrowed format ideas from some of my favorite podcasts, most notably (and most shamelessly) Slate’s Culture Gabfest.

Jeremy: The show was Kaiser’s idea, and it was my idea to hook up with Popup Chinese, which gave us a good platform, a studio, an engineer, and an initial audience. I love all forms of media: although I started my career as an ink-stained wretch of a print publisher and editor and went on to work on Internet publications, I’ve dabbled in movies, TV and radio too. Podcasting is a wonderful medium: it’s low cost, relatively easy to produce, and there is a superb delivery system.

I think Kaiser started calling me co-host after about half a year of doing the show.

How has the show changed over the past three years? What’s improved?

Jeremy: We have become a little more professional over the years, and realized that the better we prepare for the show, the better it will turn out to be (doh!). In the last six months we have been doing a lot more shows on topics that are not tied to the news of the moment.

Kaiser: We wanted to keep it pretty casual—to give listeners the sense they were just dropping in on a conversation like many of the conversations people have every evening here in Beijing over beers. That’s still the idea. We decided at some point early on that once in a while we’d also tackle topics that weren’t just the week’s news. We tend to do that more and more of late. We’ve tried a couple of things that haven’t worked out well and dropped most of them except the inclusion of a “recommendations” section at the end, which we introduced pretty early on and kept. So basically the format hasn’t changed much at all from what it was when we started.

Can you tell us more about the show’s connection to Popup Chinese?

Kaiser: None of this would have happened without David Lancashire and Popup Chinese, which is a terrific language-learning system that relies heavily on the podcast medium. Jeremy had the brilliant idea of reaching out to Dave and seeing whether we could simply use their recording facilities, and once we started talking, we realized it was an ideal marriage: Our show would potentially bring in customers for Popup Chinese, and their existing subscribers would presumably be interested in China, since they’re going to the trouble of learning the Chinese language.

Dave and company would let us come in once a week to their oh-so-glamorous studios to record—hey, at least the microphones are good quality and there’s foam on the walls—and they’d not only produce the podcast and cover our bandwidth costs, but also, and most importantly of all, keep a refrigerator stocked with beer.

With so many podcasts hosting a wide range of guests and topics, is there an episode or episodes in particular that you favour or are most proud of?

Kaiser: Yes, there are definitely a few that I really enjoyed and that I thought were up there among the best we’ve done. Just from memory, the shows we did with Geremie Barme (not the live one from the Capital Literary Festival, but the one in the studio); the one with Victor Mair on topics like the Xinjiang mummies and pinyin; the show with Pankaj Mishra about his latest book, “From the Ruins of Empire”; the show we did on Manchus with Jeremiah Jenne; and (this is probably my favorite) the live show we did called “The Soul of Beijing,” with David Moser and Zha Jianying. I guess I also quite enjoyed the two “Call-In” shows that we did, where we took listener questions. Both of those, one with Jeremiah and one with Gady Epstein, were both a lot of fun.

Jeremy: Kaiser’s mentioned some of our best shows already. Off the top of my head and just thinking about the last few months, I’d also add the show we did on Apple’s troubles in China with David Wolf and Laurie Burkitt, and I really enjoyed doing the recent show with Bill Bishop. But what I am most proud of is that we have managed to keep it going for all this time, despite the fact that both of us have very busy jobs and kids.

The show consistently manages to attract some very high-calibre intelligent guests. Do you have dirt on these people? How do you get so many great people to take part in the show?

Jeremy: Beijing has a lot of high calibre residents, and many interesting people who pass through. There are not many spaces for such people to discuss Chinese matters without having to really dumb everything down – I think that’s a reason guests enjoy being on our show.

Kaiser: Both Jeremy and I have lived in Beijing for an awfully long time, and over the years we’ve made lots of friends and accumulated lots of contacts. I’ve always enjoyed the company of reporters, academics, NGO types and China bloggers—the kind of guests who we typically have on. Jeremy of course has run Danwei now for a decade, and is quite well-known (and surprisingly well-liked!) among those same types of folks. I think once we got the ball rolling and once people realized that we were doing a pretty serious job of producing an informative and entertaining podcast, we were able to get some good speakers.

It’s a good chance for reporters to talk about stories that they’ve just published, and I think listeners are keen to hear about the reporting process, and about what reportage was edited for length and ended up on the cutting room floor. There’s a nice symbiosis with authors promoting new titles, as well. We make sure it’s fun, too. Half the time we end up chatting for a long time after we’ve wrapped the recording, and we’ll often all go to dinner at a terrific restaurant, Dongsi Minfang, right near the studio after the recording.

You guys have covered a lot of ground on the show, is there more to cover? What is the future of the Sinica Podcast?

Jeremy: Hell yeah. China remains huge, fascinating, and enthralling. There is no end to the subjects we could cover that we have not touched on, and we can always talk about current affairs as the news does not stop. At the moment we have no plans to change the show, get funding or further professionalize it.

Kaiser: We still have a whole ton of topics in the hopper. As Jeremy says, China keeps on serving them up, with current news stories. And our listeners and our friends keep adding wonderful suggestions. Just the other night over beers with Alice Xin Liu from Pathlight, we were talking about an episode on the “golden age” of Chinese television shows. Yes, there used to be good ones: 编辑部的故事 and 北京人在纽约 were the two we were going to focus on. I’m really eager to do one exploring generational differences in a serious way. I dearly want to revisit China & Africa. I want to do one on the state of China’s oil economy both domestically and abroad. And many more on environmental topics: Coal and water. I’d also like to take the show on the road and do some shows from Shanghai, from the Pearl River Delta, from Chongqing maybe. 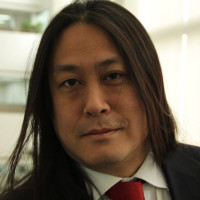 Kaiser currently works as director for international communications for Chinese search engine Baidu. He was previously a technology correspondent for Red Herring magazine, and also worked as director of digital strategy, China, for Ogilvy & Mather in Beijing. For 10 years he also wrote the column “Ich bin ein Beijinger” for the The Beijinger. A former member of Chinese rock ensemble Tang Dynasty, his current band Spring and Autumn (Chunqiu) will be hitting venues this summer. Follow him on Twitter. 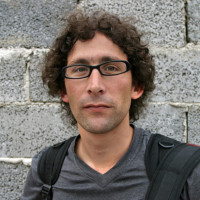 Be sure to check out the Sinica Podcast (RSS/Twitter/Facebook), and keep an eye out for more Things Done Well.