The cause of and solution to many of the problems faced while in China, the various alcohols found on tap or in bottle in the Middle Kingdom are as abundant as they are varied. From China’s staple baijiu, to the widely-available domestic brand beers and wines, there is no shortage of firewater to either complement or replace a meal with.

Usually made by distilling sorghum, it is not unlike vodka in looks. The similarities end there however. Its subtle sweetness gives one an initial this ain’t so bad feeling, which is often followed by panic and a rapid search of your memory for all available objects that might assist you in removing it from your system. At 80-120% proof, baijiu ranges from spicy bite to paint strippingly alcoholic. There are numerous brands of baijiu, but two of the most well-known are Maotai and Er Guo Tou. Maotai, or Moutai (the latter spelling used by the producing company), is arguably the most famous Chinese liquor, or baijiu.

It is produced in a town called Maotai, in the city of Renhuai (仁怀市) in southwestern China’s Guizhou province. Maotai is a sauce aroma (酱香) baijiu because of its pure, mild, and mellow soy sauce-like after-taste. It is believed that the geography, vegetation and climate of the town of Maotai all aid in the unique flavour of the drink. Distilled from fermented sorghum, it ranges in alcohol content from the standard 53% by volume down to 35%. Er guo tou means “second distillation” (literally “head of the second pot”), which is meant to describe its level of purity. It is a light aroma (清香) baijiu that takes six months to produce and is usually flavored with walnuts, longans, jujubes, ginseng, and/or sugar. At over 60% alcohol it is eye-poppingly strong if taken straight.

Cheap and particularly popular among blue-collar workers across northern and northeastern China, is is one of the most commonly drunk baijius in Beijing and thus has a deep association with China’s capital.

They sit at opposing ends of the cost charts with Maotai starting at about 300 RMB (~$50 USD) per bottle, and Er Guo Tou priced around 8 RMB (~$1.50 USD) per bottle. One offers you a level of refinement and sophistication, while the other delivers a punch to your soft parts and doesn’t call you the next day. Should neither extreme be your taste, there is a spectrum of other brands that fill the in-between.

Baijiu is made in five steps: preparation of ingredients, preparation of qu, saccharification, fermentation, distillation and aging. The specific ingredients and techniques employed vary from one baijiu to the next, but at its most basic, this is how it’s done. [source]

, blogs at 300 Shots at Greatness, which has a whole whack of information about baijiu. Check out his Baijiu Basics series.

Pijiu: An Ale For All Your Ills 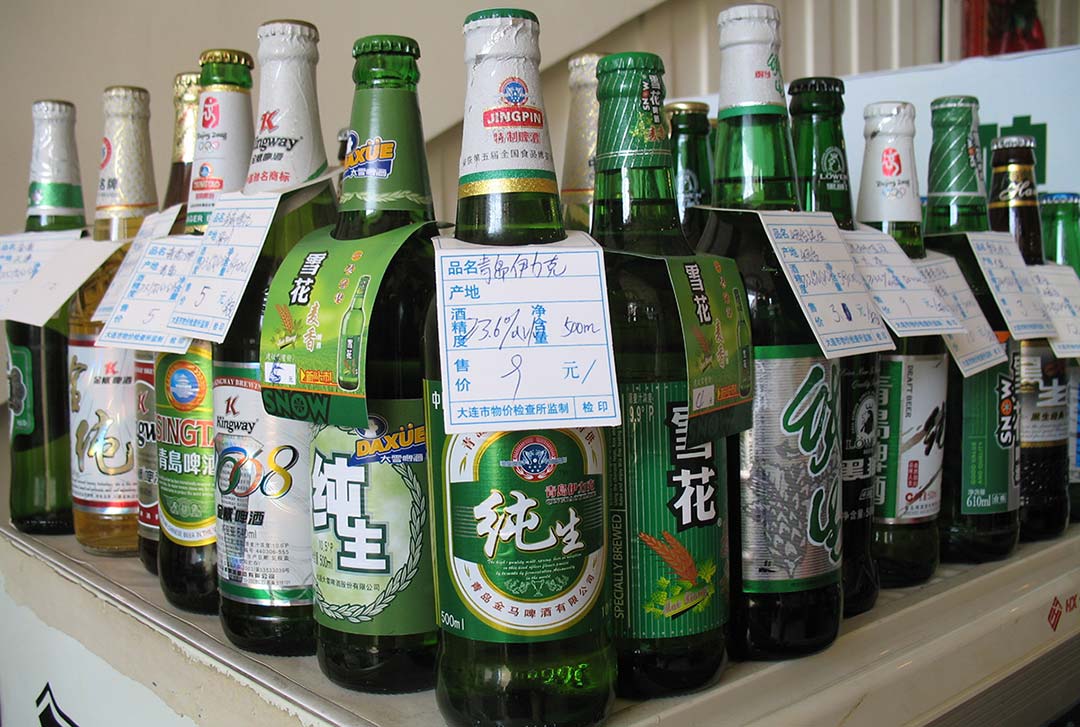 Though slow to start in China, beer (pí jiǔ) has very likely replaced baijiu as the most drunk drink in the country. Beer in various forms has a long history in China, but it is largely considered to have been introduced a little over a century ago by the Germans.

Typically pilsner lagers, Chinese beer comes in bottles larger than what are standard in many Western countries. With your average straight-out-of-Missouri Budweiser bottle measuring in at about 350 ml, it is easily overshadowed by the 500-750 ml bottles of Chinese brew.

Tsingtao is the nation’s #1 fizzy export, and has a huge domestic following as well. Brewed in the city of its moniker, Qingdao, Shandong, it is widely available and is generally quite cheap. Like its distant cousin, baijiu, Chinese beer also has a plethora of brands to choose from, and most locals have their intra-city/province label of choice.

In most mom & pop restaurants you’ll pay 5-10 RMB per bottle, with the price rising to 10-30 RMB at bars and clubs. Shops will often sell the cheap brands for 2-5 RMB, but may charge you a bottle deposit (often just written on random bits of cut-up cardboard) to assure you’ll bring the bottles back to them.

Be warned: The Chinese beer market is full of unregulated fakes. Many small shops (wittingly or not) are distributors of these fakes, as the markups on them tend to be much higher. Low-quality ingredients, dangerous preservatives and varying alcohol levels call all make these a risky thing to consume. If you notice that you get unusual headaches or worse-than-normal hangovers from a certain batch of beer, you may be consuming fakes. A good way to avoid them is to buy beer in cans (tougher to counterfeit) or in bottles from larger supermarkets. 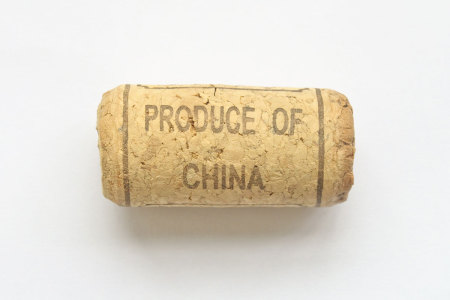 Wine has exploded in China in recent years. In most major cities you’ll be able to find a selection of red (hóng pú táo jiǔ or simply hóng jiǔ) and white (bái pú táo jiǔ) wines.

Though popularity is still rather elitist, China’s growing middle-class is fueling a burgeoning industry of competitively priced good drinkable wines. Rieslings, and Merlots might require a bit of a hunt, but even small supermarkets and some shops typically carry a range of Cabernet and Chardonnay. Prices vary greatly, as they do in any country, but you can find cheaper and not terribly tasting bottles for 40-60 RMB, and a decent bottle for around 70-100 RMB.

Pro tip: The lower-end Chinese red wines can be a bit rough on the palate. Decanting the wine can help take the edge off. Simply expose the wine to oxygen (“let it breath”) for 20-40 minutes before drinking.

Often small Chinese shops wont carry much in the way of spirits (with baijiu and possibly vodka as two exceptions), but larger supermarkets will almost always have a wide selection — from Hennessy and Johnnie Walker to Smirnoff and tequila, as well as a variety of liqueurs.

The more upscale Chinese-style bars will almost always feature a collection of rather rich men surrounded by young women drinking an expensive bottle of liquor mixed with green tea and playing dice games. These are supplemented with more Western-style clubs that will sell you shots at the bar.

There are no large domestic brands of whiskey, vodka, or rum. Imports are the rule, and as such, expect to pay prices similar to home. However, if you come from a country with heavy sin taxes, you might find prices in China a bargain.