Spring Festival, or “Chinese New Year”, is the biggest holiday of the year in China and is full of excitement and holiday spirit for most Chinese. As with many traditional holidays in China, it is loaded with customs that can be a bit daunting to the average laowai. To help, here is a rundown of the various important days that take place during the Spring Festival period. 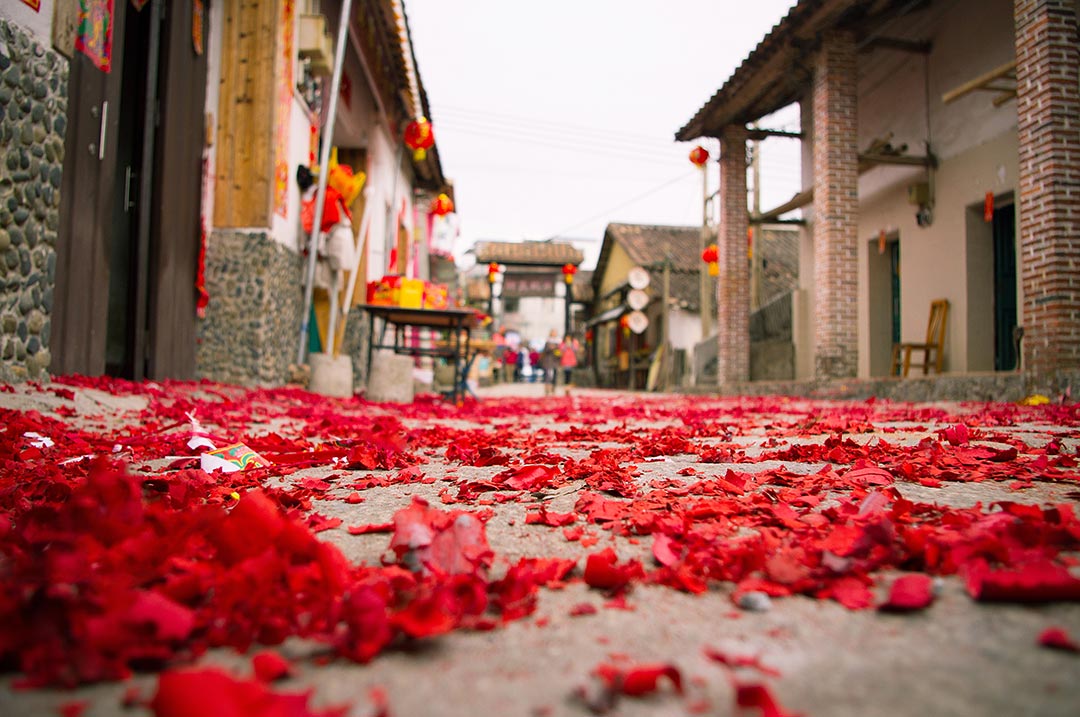 This kicks things off and gets people into the holiday spirit. Traditions vary, but it is common to eat dumplings and give the skies and streets a bit of a sampling of the firework extravaganza that is to come. This is also the day you scrub down your entire home so your relatives don’t think you’re a pig when they come and visit next week.

Like the lead-up to the holiday season in the west, this begins the final week of shopping craziness for buying gifts (strange, but practical, things like a box of milk, bottles of pop, fruit, etc. are all acceptable gifts) and stocking pantries in readiness for a few days of nothing being open. 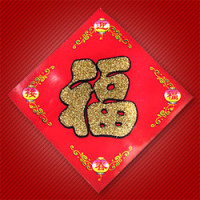 You may have noticed diamond-shaped posters appearing on doors around your neighbourhood like the picture we have above. This is the character “福“, which means “fortune”, but upside down. Because in Chinese “upside down” is pronounced “dǎo“, which is phonetically similar to “dào, the phrase “fú dào le” or “‘fu’ is upside down” is a clever way of saying “fortune has arrived.”

1 day before, but really, it’s the big day

The morning begins with preparation of food for a big dinner with the whole family. Cooking varies widely depending on the region of China you’re in, but can include deep fried fish; balls (wán zǐ) made from radish, glass noodles and corn starch; steamed bread (mántou); steamed cakes (dòu bāo) filled with sweet bean paste and other deep fried desserts.

The afternoon is reserved for napping, followed by family members burning (fake) money to send to their ancestors. The money, along with incense, is burned in a drawn circle (if burned on the road) or in front of the grave (mùbēi). Extra money is included to appease the ghosts that live on the path to heaven. They are paid off in an effort to stop them from stealing the cash during its journey to the rightful recipient. Loud firecrackers are employed to scare away spirits with sticky fingers, looking to steal the money.

In the evening the entire family gets together to make dumplings (jiǎozi) and cook the dishes prepared earlier that day. At the moment when the dumplings are finished being boiled and are set in a dish, fireworks are lit to celebrate. When all the food is ready, the family gathers around the TV to watch Spring Festival programmes (dancing, singing, magic and acrobatics/zájì, comedy/xiàngsheng, and small plays/xiǎopǐn) while feasting.

After dinner, some play Májiàng (mahjong) or cards, or just continue watching TV and chatting. A crescendo of fireworks steadily grows all evening, until midnight arrives. Dumplings are traditionally eaten again, and an all-out barrage of fireworks are unleashed on the night sky. After midnight, the younger generation must greet their elders with “Guò Nián Hǎo!” or “Have A Good Year” and the older folks give the youngsters red envelopes (hóngbāo) stuffed with money. At this point the older people head to bed, while the younger generation stay up all night playing Majiang, chatting or watching TV.

the first day of the new year

Breakfast looks much the same as last night’s dinner and midnight snack -– more dumplings and more fireworks to celebrate. New Year’s Day is usually spent with the father’s family, eating, chatting and playing more Majiang. “Guò Nián Hǎo!” is the phrase of the day, and should be said to everyone you come across.

This day is generally spent with the mother’s family in much the same fashion as the previous day.

the 15th day of the new year

About two weeks into the new lunar year the Chinese celebrate what in English we’ve called Lantern Festival, but in Chinese takes its name from the sweet balls (yuán xiāo) made with glutinous rice flour that everyone is expected to eat on this day.

At sundown money is again burned and candles (or electric lights) are put in front of the graves of ancestors to help light their path to heaven. After a dinner of boiled or fried yuan xiao some will stay at home and watch another gala performance on TV and some will go out to the street to see the lantern displays that decorate the neighbourhood. As a final cheer to the holiday season, fireworks once again fill the sky.

Be sure to check out our Chinese Spring Festival/New Year vocabulary guide.