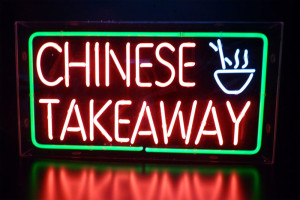 The Shanghaiist reports that after a night of heavy drinking an unidentified foreigner in Guangzhou chose the wrong prostitute to haggle with.

After haggling for a while with the 50 year old woman, the two cut a deald for 500 yuan and were seen leaving together in a taxi and checking into a nearby hotel.

Unfortunately for the foreigner, he made the rookie mistake of giving the woman a glimpse of his bulging wallet at the hotel, when he was paying for the room. So, whilst he was inebriated and soundly asleep, the woman took the opportunity to rob him of $20,000 and 4,000 yuan. She was seen leaving the hotel alone an hour later.

Police later tracked her down in Sichuan, but by that time she had spent all of the money. It is unclear what she spent it on – maybe some convincing royal bling, or an over-priced pigeon, perhaps.

This isn’t the first time she’s done this either; having only just finished a prison sentence in Shenzhen. The man was also arrested and detained for ten days, since prostitution is illegal in China.

A good warning for all, particularly those that may be inclined to purchase sex. It does, however, leave the biggest question unanswered: who pays 500RMB for a 50-year-old prostitute?