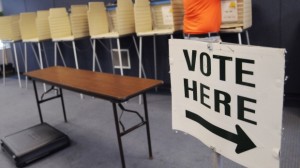 Approximately 1.4 million Canadians living abroad have been denied the constitutionally-guaranteed right to vote since a 2007 law made residency a requirement.

That law was recently overturned, and long-term Canadians expats, regardless of where they reside, will once again be able to vote in federal elections.

The rule disenfranchising Canadians abroad for more than five years was enacted in 1993 amid debate about the strength of their ties to Canada and their knowledge of domestic politics.

However, the five-year clock reset for those who returned even for short visits until 2007, when Elections Canada began enforcing the requirement for expats to “resume residency” in Canada to regain their right to vote abroad if they left again.

The law exempts some long-term expats — among them members of the Armed Forces and diplomats — who can vote by way of a “special” ballot. As many as 1.4 million other Canadians fall afoul of the law, experts estimate.

In all, expats pay an estimated $6 billion in income taxes to the Canadian treasury, despite using fewer resources than their in-country counterparts.