Many visitors seek out Beijing for its cultural reputation on the world stage, while others are interested in its traditional charm. For 3,000 years cities have risen and fallen on the land that now makes up Beijing, but the city as it stands today largely began during the 13th century, when the Mongol Kublai Khan established his Yuan Dynasty capital there.

Beijing has long played a significant role in China’s political and historical landscape. Well-recognized as having a deep respect for the preservation of traditions and culture, Beijing is truly a step back into time, while surrounded by the modern era.

Looking to score Chinese artwork and antiques? Pānjiāyuán is a must visit market. Located just east of the Temple of Heaven, the weekend is the best time to visit, as most merchants will set up shop during this time. Shoppers can browse artisan designs, statues, vases, jewellery; as well as many items featuring Chairman Mao. Hard bargaining is recommended.

The Silk Market is a requisite stop. The centre truly has everything that a shopper could hope for. With seven levels of shopping, visitors can find contemporary jewellery, handbags, home décor, clothing, and electronic goods. Also available are traditional garments, artwork, and craftsman items. Many visitors clamour for the opportunity to have a custom made suit or dress, made-to-order onsite by one of many tailors. Since the Silk Market is regularly visited by foreign tourists, most merchants in the complex are able to communicate in basic English. As this is a frequently visited centre by tourists, merchants price their wares high. Dealers tend to be insistent, but don’t be afraid to bargain. The prices often start higher than what the merchants are actually willing to sell for. Open daily from 9:30am to 9pm, visitors can take the subway to Yong’anli station (永安里站), leaving through Exit A for nearly immediate access to the market.

For shoppers looking to snag some tea or tea paraphernalia — such as original Chinese tea cups, tea tables, or speciality blends of Chinese loose leaf tea — Tea Street is the place to go. Merchandise ranges from inexpensive, factory produced tea cups and pots; to high-end, expensive hand-crafted tea items. A complete range of loose leaf teas are available, as well as tea accessories, such as loose leaf tea steepers, brewing gadgets, as well as decorative tea ceremony items. Located in the Xicheng District (西城区), most shops are open from 8am to 6:30pm.

Beijing cuisine has a strong representation of dumplings, meat and hand-pulled noodles. As the cultural and political hub of the country for more than 700 years, the capital features an eclectic mix of some of the best foods from across China. While heavily influenced by Shandong Cuisine, the Beijing menu is made up of hearty items, well-suited to harsh winters and hot summers. Bold in flavour with hints of richness, the preferred cooking methods of Beijing cuisine are braising, stir frying, deep frying and roasting.

Beijing Roast Duck (Běijīng kǎoyā), known more-commonly in English as Peking Duck, is a must-try dish for any visitor to Beijing. The dish is renowned for the delicate, crispy duck skin, a thin layer of flavourful fat and juicy meat. Assembled and eaten by each diner, Peking Duck is served with steamed think pancake-like wrappers that hold the meat, fresh cucumber and scallions, as well as a dollop of sweet and salty Hoisin sauce. It is truly the perfect bite, delighting in both taste and texture.

While in the city, along with the excellent cross-section of dishes from all around China, be sure to try zhá jiàng miàn, which literally translates to “fried sauce noodles”, and features a bowl of wheat noodles with a mixture of ground pork stir-fried with a salty fermented soybean paste and topped with fresh sliced cucumber. Also on the menu should be Northern-style hotpot, which is a much milder version of its south-western cousin, but likewise features dunking thinly sliced meat (usually mutton) into a hot soup. And finally, no visit to Beijing is complete without a plate of jīng jiàng ròu sī, shredded pork tenderloin coated in soy bean paste, served with thinly sliced leek and wrapped in tofu skin or a thin pancake.

Feeling hungry and adventurous? Explore Dōnghuámén Night Market at the north end of Wángfǔjǐng. Frequented by both locals and tourists alike, standard Beijing snacks and dishes are available, as well as interesting and unexpected food items. Alongside hand-pulled noodle dishes and pork dumplings, diners can find scorpions, snakes and other unexpected delicacies. Truly a feast for the senses, Dōnghuámén Night Market, and the whole Wángfǔjǐng, is a treat for the palette, as well as a wonderful environment to soak in the local culture. 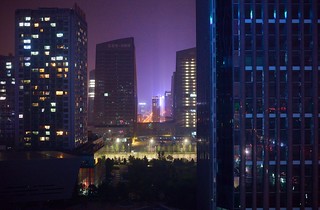 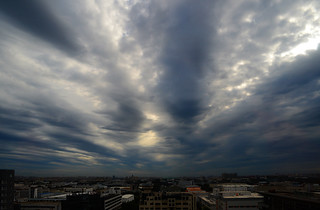 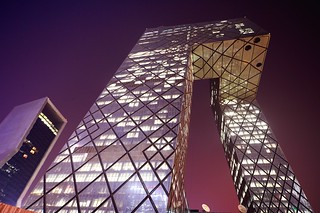 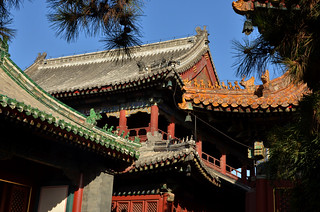 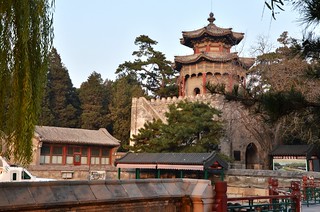 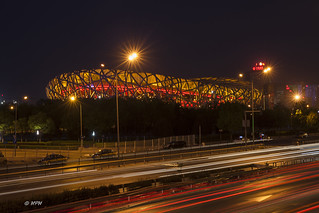 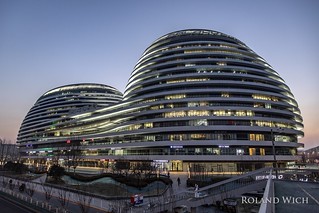 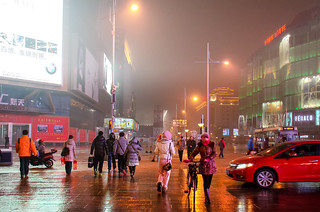