Teaching English in China is an excellent way to get to know the country. Trekking through China is great, but it’s really not until you live in the place that you begin to get a true sense for the ebb and flow of this massive country.

As is true with any line of work, teaching ESL comes with its own collection of positives and negatives – here’s a brief outline:

What kind of school?

The first thing you’ll need to decide is what type of school, and in turn what type of environment, you want to be teaching in.

The basic breakdown of your teaching opportunities is thus:

With a population that dwarfs any other, and a State-sponsored push for universal English know-how, there are no shortage of teaching jobs across the spectrum of ESL institutions. However, where you teach can largely affect your experience. Be sure to do your due diligence and consider the types of students you feel best aligned to teach. Note, while we give rough salary ranges below, they are only meant to be a basic guide, and can fluctuate quite drastically depending on where in China you’re teaching. 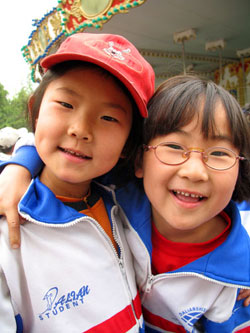 Public schools are usually staffed by teacher recruiters, and require some of the highest standards for their teachers. Often this includes one or all of the following: a bachelor’s (4-year) degree or higher, a TEFL certificate or a solid amount (1 yr.+) teaching experience. Salary is usually around the 6,000 RMB/mo. for 15+ (teaching) hours, and may include a housing subsidy. As they are government-run organizations, getting visas is not usually a problem.

Standard public school classes are 35-45 minutes, and class-size ranges from 30-60 students. Due to the nature of the school, foreign teacher staff is often minimal, which can lead to isolation for those not born with the skills of getting out and socializing on their own.

Universities are, for whatever reason, on the lower end of the pay scale, often only paying out 4-5,000 RMB/mo. This usually includes access to on-campus housing (but watch for curfews). Class-size is similar to public schools, as is the visa process. Universities usually have several foreign teachers on staff, and if you’re young and/or like to get out and have fun – there’s always a class full of students looking to go to karaoke with you. Be warned though, too much fraternization between teachers and students is frowned upon if not outright disallowed.

Private Language Schools are the most common ESL jobs for the fresh fish in China. Everyone and their cousin is opening a language mill… ahem… school and looking for native speakers to stand-up and dance.

The quality of these schools varies as much as the quality of everything else in China. Some are fantastic bastions of education that work as an example to the rest, and some are, well, the rest.

This is the area as a foreign ESL teacher you need worry most about. Though technically the schools are highly regulated by government checks and standards, for many companies that’s simply navigated around with a dinner and a packet full of crisp bills.

That said, with a bit of research and diligence, landing a job with a good language school can be extremely rewarding, flexible and fun. The pay varies as much as the quality of the schools, but you can generally expect to make between 4,000 and 6,000 RMB/mo. for 15-25 hours of work – this often includes paid (often shared) accommodations.

Something that you should be very mindful of when dealing with language schools is the issue of a proper visa. Many language schools are not legally authorized to get visas for their teachers, and this sometimes leads to teachers being forced to work on illegitimate visas. Be most weary of any school that asks you to work on a tourist or business visa — even if they explain it will be converted to a proper visa later.

Private Tutoring is likely something you’ll pick up while working in one of the capacities above. It’s by far the best pay, and you can safely ask for 100-250 RMB per hour. As it is in most every country, it’s all off the books, so you’ll be needing to sort out a visa elsewhere. Tutoring is often not allowed under school contracts, nor is it generally legal to work off the books. It is common-place, but be aware.

Where do you want to live?

The next thing to consider while perusing the ESL classified ads is the location in which you wish to live.

Chinese cities break down into a “tier” system. First-tier cities are the megaopolises like Beijing, Shanghai and Guangzhou. These are major centres that feature all that big cities have to offer – night life, expensive international restaurants, big-chain supermarkets, massive populations, traffic, pollution, etc.

Second-tier cities (Dalian, Nanjing, Kunming, Chengdu, Xiamen, etc.) can be a nice medium between the hustle and bustle of big city life and living in a small town; it should be noted though that though not “big” cities by Chinese standards, many of China’s mid-level cities dwarf the populations of some countries’ most inhabited areas. Most second-tier cities will have big supermarket chains and an ever-growing selection of Western comforts.

Third-tier and smaller cities are the areas where either the very lost, or the very focused end up. The former arrive here not knowing really where they’re going (and perhaps not caring), and the latter come in hopes of removing Western distractions and getting as close to the Chinese culture as they can get. More often than not the number of foreigners in the city can be counted on one hand, and that either forces the laowai to learn the language, culture and customs or just hide in their apartment alone until their contract is up.

Each of these options have many pros and cons and it will really depend on your personal preferences as to what works best. If in doubt, search around message boards and blogs for those that have gone before you and ask their honest opinions about the place.

Another thing to consider when choosing where to teach is geography. China has a unique and diverse climate that ranges from frigidly cold, to suffocatingly hot. Bone dry sand storms, to humidity you could swim through. Be sure to check Travel China Guide‘s extremely useful climate tables for a number of cities around China.