The Beijing-based indie comedy “This is Sanlitun” is heading to the Toronto International Film Festival, with or without members of the cash-strapped cast.

Synopsis: Gary is in Beijing to make it big, after failing to impress his Chinese investors he soon takes up English teaching and gets life lessons from Frank, an incompetent mentor. Gary’s real reasons for staying become apparent when his son and Chinese ex-wife enter. 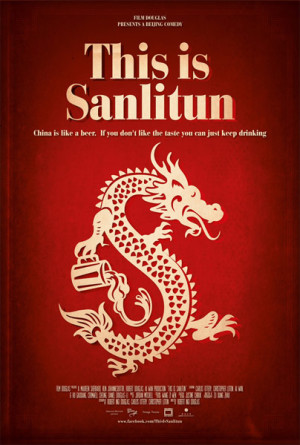 Film festivals cost money. There are submission fees, posters, travel expenses, marketing, additional screening fees, etc. So while it is great to be accepted, making the most of it is not so easy. The film needs to invest in the short term to ensure long-term benefits.

We have been officially selected to have our World Premiere at The 38th Toronto International Film Festival 2013.

We know our film is good enough to be accepted to most of the festivals we submit it to, and we are very proud that probably the biggest film festival in North America want us to have our premiere with them but it won’t be much of a premiere if nobody in the film gets to go.

As things stand the festival pays for the director and the director alone to go to the festival. This is great but we really want our film to have a bigger presence than that. Our two main actors are not pro actors and have suffered for over a year doing this movie with me … they are genuinely funny and talented and would be over the moon to have the chance to push their film as far as they can. To give our film the maximum chance of success and to give the as many people as possible the chance to see it, we need our main actors and producer to be able to go to the festival to promote our movie. We are very proud of what we have made and want to share our baby with the world!

The funding will be used towards expenses for our first major film festival, such as printing costs, marketing, accommodation, etc. not to mention submission fees for future film festivals too.