Telling me I don’t know China is a big claim, and I have to admit my long-term laowai ego caused me to take a serious pause before digging into this book — one of the initial offerings from new expat-run Taiwan-based publisher Camphor Press.

My doubts quickly abated as You Don’t Know China deftly dispelled several misconceptions I had long carried with me. Hubris in check, I found myself thoroughly enjoying John Ross’ witty and well-researched collection of mythbusting the hyperbole surrounding China’s present and past. 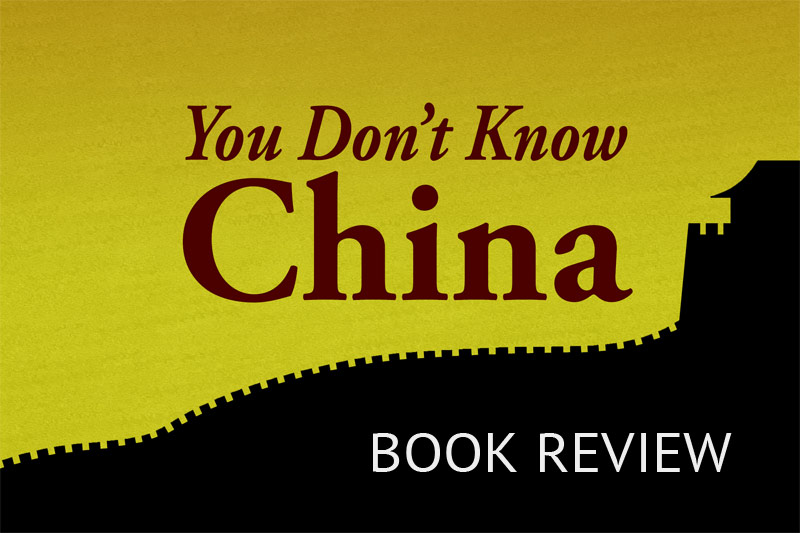 The book is divided into 22 chapters, each one tackling a specific topic — from Feng Shui to Richard Nixon, Tiananmen to TCM. Here are a few quick excerpts:

On the value and validity of Traditional Chinese Medicine:

It would be nice if Chinese herbal medicine really were the outcome of some proto-scientific process of trial and error over thousands of years, the ineffective cures weeded out, and only the time-tested ones left. Unfortunately, the selection of medical matter often stems from primitive beliefs such as taking on the character, form, or colour of the material ingested. So, eating bone marrow will strengthen your bones, and consuming ground pearl will give you smooth white skin. Consider some popular aphrodisiacs: deer penis, tiger penis, and ginseng. The first two are obvious enough, but ginseng? Ginseng consists of one main root and smaller rootlets giving it a resemblance to a human body and limbs, and oftentimes there’s an extra rootlet as an oversized phallus.

On China’s mega cities, specifically looking at a 2010 report, “Inside the Growth Engine”, produced by HSBC, which misleadingly exclaims China has eight cities with a population of more than 10 million:

Although these four places [Baoding, Nanyang, Zhoukou, and Linyi] have populations of just over ten million, their urban populations total one or at most two million. A person could take a job or set up a business in such a backwater assuming that there would be a vibrant foreign community only to end up with Johnnie Walker and Jack Daniels as his best foreign friends.

If nothing else this might be a book Chris Matthews should put on his reading list before his next visit.

In the West we have long considered Chinese civilization unchanging and monolithic and China itself cloistered in self-imposed seclusion from the rest of the world. This supposed isolation and isolationism is a myth born around two hundred years ago from Western frustrations in trying to open the country to “free trade” (i.e. commerce on Western terms).

Talk of present-day China “opening up to the world” reinforces the idea that the nation’s default setting is closed doors and inwardness. This idea is historical happenstance. The first three decades of communist rule were an aberration, not the norm, so what we have now is a return to normality rather than something new.

On Mandarin replacing English as the new international language:

A breakdown of the statistics reveals that the much-touted boom is less impressive than it seems at first glance. Firstly, Mandarin classes have a very high dropout rate; there has been a big increase in students at the lower end, but not many follow through. Enrollments in graduate courses in Mandarin have actually fallen slightly: from 1,220 enrollments in 1998 to 1,009 in 2009. Placed against overall rising numbers, this means that graduate enrollments as a percentage of the total have fallen quite sharply, from 5.5 percent to 1.96 percent. Therefore, the number of students getting a real mastery of the language is quite low. While an undergrad education in French would be sufficient for achieving fluency, Mandarin is such a difficult language that it requires longer.

Another reason the rosy view of Mandarin’s growth is wrong is that the basic statistics hide the high percentage of students who are “heritage learners” (people raised in households with that language present, for example, an American-born Chinese whose granddad speaks Mandarin or one of the other Chinese languages at home). It’s a good thing that ethnic Chinese are connecting with their linguistic inheritance; the millions of immigrants and their offspring are a tremendous national resource, both culturally and economically. But for those who are just getting started in the language, it sure makes it hard to compete in class. 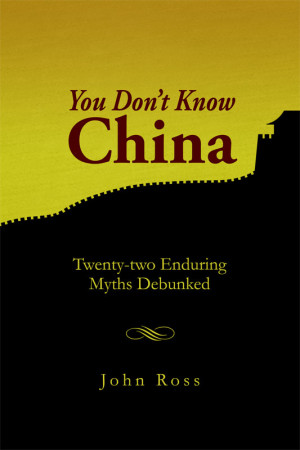 A few other tidbits that were new to me:

The excerpts can hardly capture the density of information that Ross manages to seamlessly compress into this svelte and smart book. Over the years living here I’ve often recommended books to newcomers as a way to quickly get up to speed on the country — pound for pound I doubt any do so as efficiently as You Don’t Know China.

You can get your copy at Camphor Press and Amazon