An article by Mawuna Remarque Koutonin in the Guardian last Friday has been making the rounds. The piece asks, “why are white people expats when the rest of us are immigrants?” and concludes without much nuance that it’s white racial supremacy at work. I disagree, mostly. 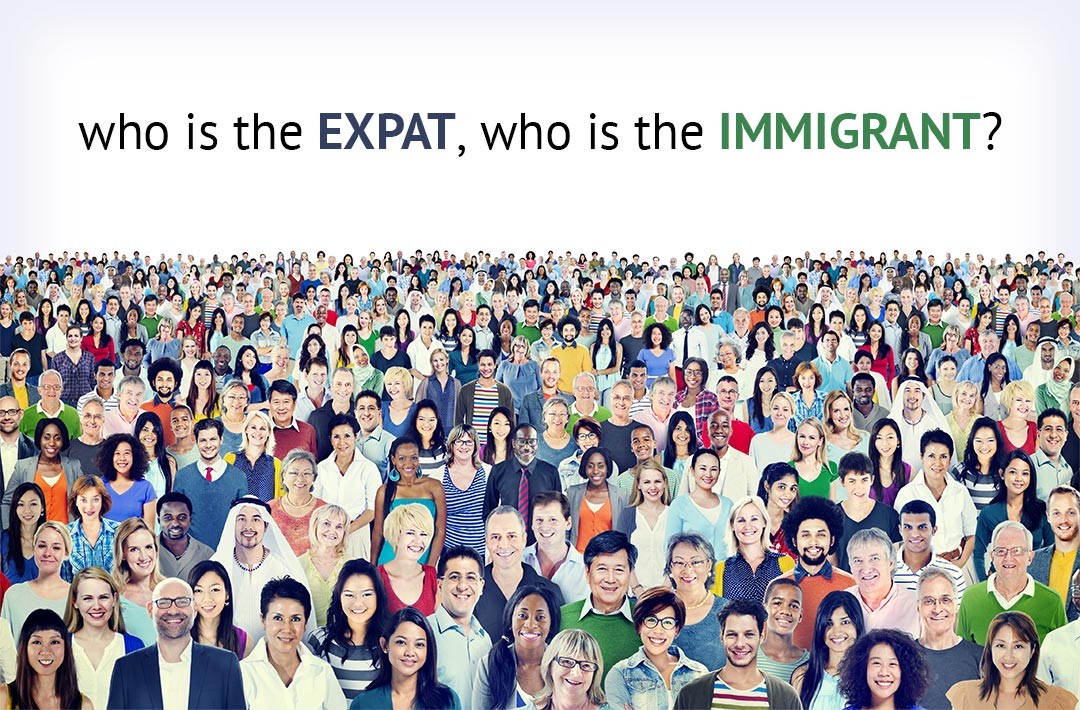 Koutonin, from the African nation of Togo and editor of SiliconAfrica.com, begins his piece by explaining that he believes the term expat is a remnant “hierarchical word” that was “created with the purpose of putting white people above everyone else.”

What is an expat? And who is an expat? According to Wikipedia, “an expatriate (often shortened to expat) is a person temporarily or permanently residing in a country other than that of the person’s upbringing. The word comes from the Latin terms ex (‘out of’) and patria (‘country, fatherland’)”.

Defined that way, you should expect that any person going to work outside of his or her country for a period of time would be an expat, regardless of his skin colour or country. But that is not the case in reality; expat is a term reserved exclusively for western white people going to work abroad.

As a man who started a site utilizing a self-depreciating, and generally considered derogatory, word for “foreigner” in its title; I tend to be a bit relaxed about language. However, I fully recognize that this is a luxury afforded to me by the lucky lottery I won at birth — by being born white and in a wealthy “Western” nation. I respect that Koutonin, coming from a very different experience than me, sees it in a rather polarizing light of “us” and “them”. But I don’t think it’s that simple, nor do I think it helps to position it as such.

The problem I have with Koutonin’s argument is that it makes some grand assumptions regarding the intention of language use both past and present. While I doubt few would argue that racism and colonialism are intrinsically connected, this idea that “expat” means “white old boys club” is patently false in a modern context. Granted my experience is limited to China, but in the decade that I’ve been here, I’ve been to my fair share of social events for the expat community, and they always contain a good deal of people of all shades, tones, and (after a few drinks) hues — but most tellingly, they also host people of many non-Western nationalities.

This isn’t to say there aren’t divisions among foreigners in China, and as is apparent from a few minutes watching Chinese news, it can run along racial lines. However, Koutonin’s explanation that the term “expatriates” is a word white people reserve for other white people rings hollow. His example of “proof” is a WSJ blog post in which the complexities of identity for residents in Hong Kong is discussed. The thin hyper-contextual (note, Hong Kong is neither white nor western) point is then stretched to apply to expat/immigrant populations the world over.

And while he clarifies in a more recent post on his blog that he means “white” as a brand, not as a skin colour, it seems a bit like back peddling on an argument that was initially too widely cast, and exudes some of the same stereotypical thinking that on the surface he appears to be denouncing.

Most white people deny that they enjoy the privileges of a racist system. And why not? But our responsibility is to point out and to deny them these privileges, directly related to an outdated supremacist ideology. If you see those “expats” in Africa, call them immigrants like everyone else. If that hurts their white superiority, they can jump in the air and stay there. The political deconstruction of this outdated worldview must continue.

This seems like crab in a bucket mentality to me. Why pull someone down for the sake of sameness and point-making? If your goal is the furtherance of equality, which I believe Koutonin’s is, why wouldn’t you be advocating that immigrants ditch the term “immigrant” if it feels derogatory, and instead begin referring to themselves as expatriates? If modern Western culture has proven anything, it loves to get behind more politically correct word usage, so I suspect adoption of the term would not be problematic. If the premise of your argument is that “immigrant” is a lesser term used to subjugate the “lesser races”, why would you wish to throw it at people with malicious intent based on the colour of their skin or where they happened to be born?

But all of that ignores and clouds what the terms “expat” and “immigrant” really represent, in my experience at least. The term “expat” in a modern context applies to a person who resides in a place that is of roughly equal or lesser economic development as the place from which they come. An “immigrant” is a person who resides in a place that is of better economic development than the place from which they come. An expat is someone who largely chooses to live in a place (maybe for a job, maybe for love, maybe for the experience) with little initial interest in becoming a citizen of that place, and while retaining the ability to return to their home country without much hardship or change in quality of life. An immigrant is someone who moves someplace with the intention of bettering their quality of life and usually with the goal of becoming a citizen of the place they immigrate to. These are different groups with different motivations, that language would have two separate but similar terms for the groups seems like a function of language, not a consequence of repression.

And that’s where the original article loses me — it hangs its point on words making the distinction of the value of people by other people. It’s people that make this distinction and drive the definition; and, for that matter, not only wealthy white people. Koutonin’s over-arching point is that we need to lose the classism that labels one group inherently better than another simply by way of where they come from. I agree with this. Absolutely. Getting mired down in what words we use to describe that classism shifts focus from what actually continues to perpetuate that classism. Worse, making me focus on my skin colour as part of the problem, or my unintentional privilege as potentially not part of the solution, seems horribly short sighted.