We all ended up in China for one random reason or another, we’ve all got crazy “foreigner celebrity” stories — but Matt Stopera’s wins. Hands down. 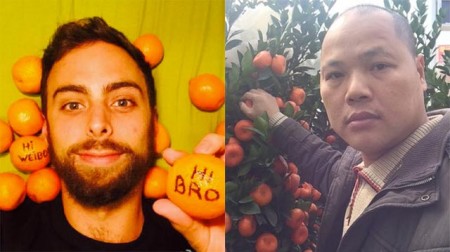 If you’ve even remotely brushed up against the Chinese Internet over the last month and a half, you’ve no doubt seen mention of Brother Orange and Matt. After posting on Buzzfeed about weird photos of a guy beside an orange tree showing up on his phone, Matt’s story went viral on Weibo. Ever eager to rev up the 人肉搜索, it wasn’t long before the subject of the photos, dubbed Brother Orange, was tracked down.

It turns out Brother Orange, from Meizhou in northeastern Guangdong, had been given an iPhone by his cousin as a gift. The phone, purchased in Shenzhen, had come from a market in Hong Kong, but before all that — it was Matt’s phone being stolen from a bar in Manhattan. The reason the photos were showing up on Matt’s new phone was because the iCloud service had never been deactivated, and so the old phone was still syncing.

After exchanging messages online, last month Matt decided to come to China to meet Brother Orange. He had no idea the insanity that awaited him. 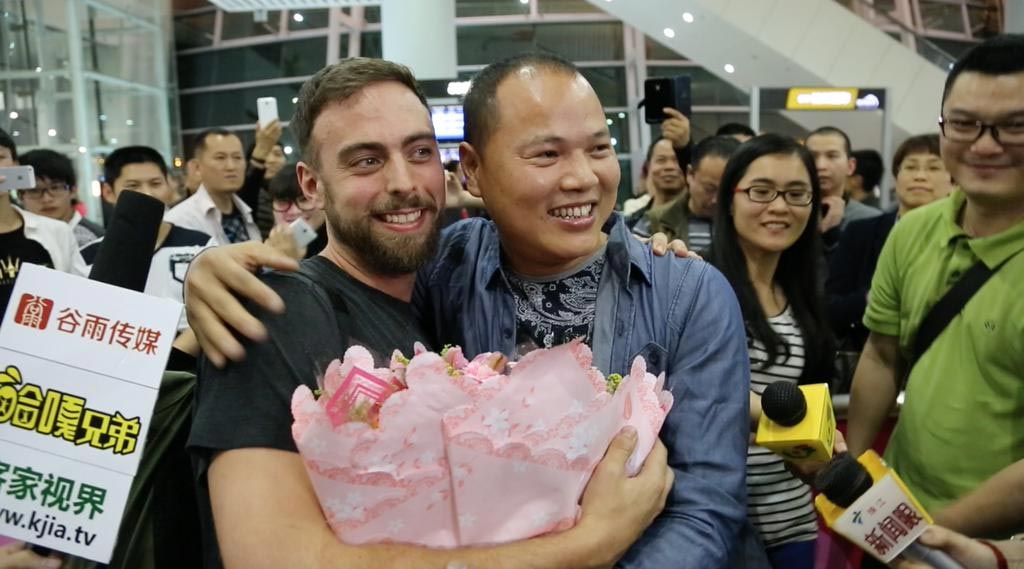 For the next week Matt and Brother Orange travelled around, reveling in their new-found bromance and surrounded by cameras.  Matt retells the whole story in a new Buzzfeed post. Taking the very odd origin (orange-in?) story out of it, it reads like pretty much every new-to-China blog post — complete with tales of strangers offering to “make friends”, odd instant celebrity status, over-stuffed dinners ’round the round table, and late nights at KTV.

And of course it’s being turned into a documentary.