According to a recently released study, expatriates in China are leaving at a rate much higher than they’re being replaced. 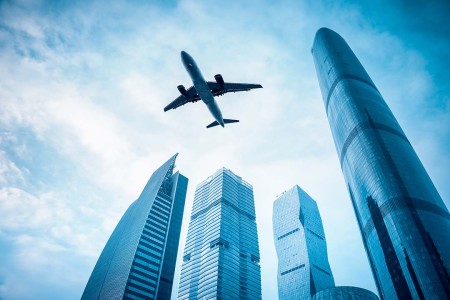 The report by UniGroup Relocation, which oversees the global migration of more than 260,000 families per year, shows that roughly double the number of people are relocating out of China, than into the country.

It indicated that the imbalances in departures could be related to expiring work contracts, but as WSJ’s China Real Time explains, it’s also likely due to “rising costs of living, a desire to reengage with the home office and the apocalyptic pollution, which even Beijing’s mayor has said makes the city ‘unlivable.'”

The trend is also driven by a shift in global economic winds, the company says. China’s slowest growth since 2009 –which leaders have taken to calling the “new normal” –has cut into multinationals’ sales, forcing some to reconsider their operating strategies in China.

With manufacturing and labor costs rising in China, some corporations are skipping the Middle Kingdom altogether for cheaper pastures such as Malaysia and Vietnam, Steve Lewis, Managing Director of UniGroup Relocation Asia Pacific tells China Real Time. “We have done some mass moves into Malaysia from China as certain people choose to do research and development and manufacturing there,” he says. [source]

With the financial crisis of the last 6 years slowly ebbing, it appears many expats are coming out of their economic bomb shelters and returning home. What UniGroup’s data doesn’t show is the number of expats who are coming and going from China on their own, and not through a large multinational corporation or relocation group.

Here are the lists of origin and destination countries to/from China from UniGroup’s report:

Not surprisingly, Western nations make up the bulk of both lists. Despite 22% fewer people moving from the US to China this year over last, the US is still in the top spot for both those leaving and arriving, according to the report. Not everyone is leaving Asia though, the report showed that twice as many people moved to Japan as left last year, while movement to and from Singapore and Malaysia stayed about the same.

It is worth noting, however, that Hong Kong experienced a similar trend to China, with more people relocating from Hong Kong than to Hong Kong; which may be tied to the ever-rising cost of living in the SAR, as well as other common factors with the Mainland; such as pollution, food safety and the political atmosphere.